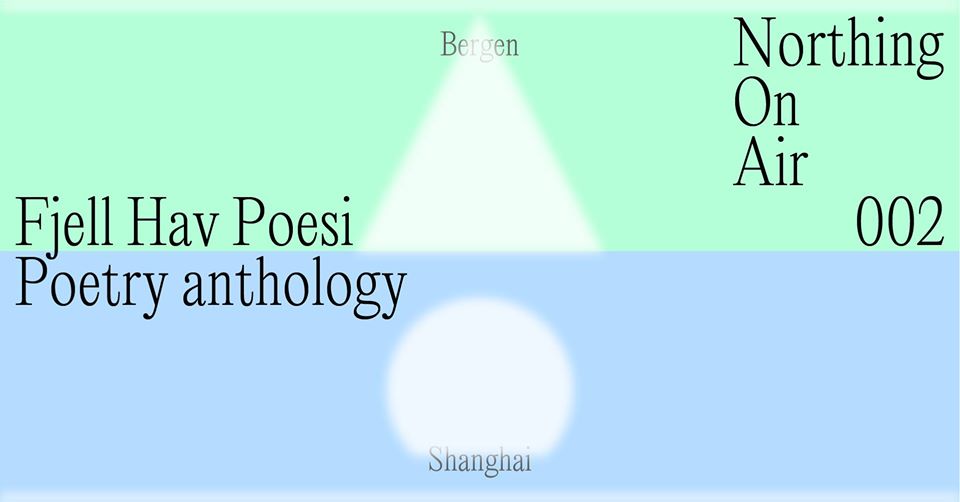 Northing On Air presents Fjell Hav Poesi, a poetry anthology curated by Northing and Lyrikksalong and published by Kinakaal Forlag.
The poetry anthology features works of seven poets from Bergen and seven from Shanghai. The tittle Fjell Hav Poesi (Mountain Sea Poetry) was inspired by the names of the two cities: Mountain for Bergen“the city among the seven mountains” and Sea for Shanghai (Wikipedia: The two Chinese characters in the city’s name are 上 (shàng/zan, «upon») and 海 (hǎi/hae, «sea»), together meaning «Upon the Sea».). The book was planned to be published by Kinakaal Forlag, the publisher under Northing, at the beginning of 2020. But due to the pandemic, the production of the book was delayed. Several months later, the books are finally printed and bound, and is on the way (or the sea) to Bergen. The book is designed by Pan Yanrong, the Most Beautiful Books from All Over the World prize winner.

Northing On Air is a digital mediation project initiated by Northing Space from Bergen and Norwegian Consulate General in Shanghai. The project is an attempt to continue the cultural communication between the two cities during the pandemic.