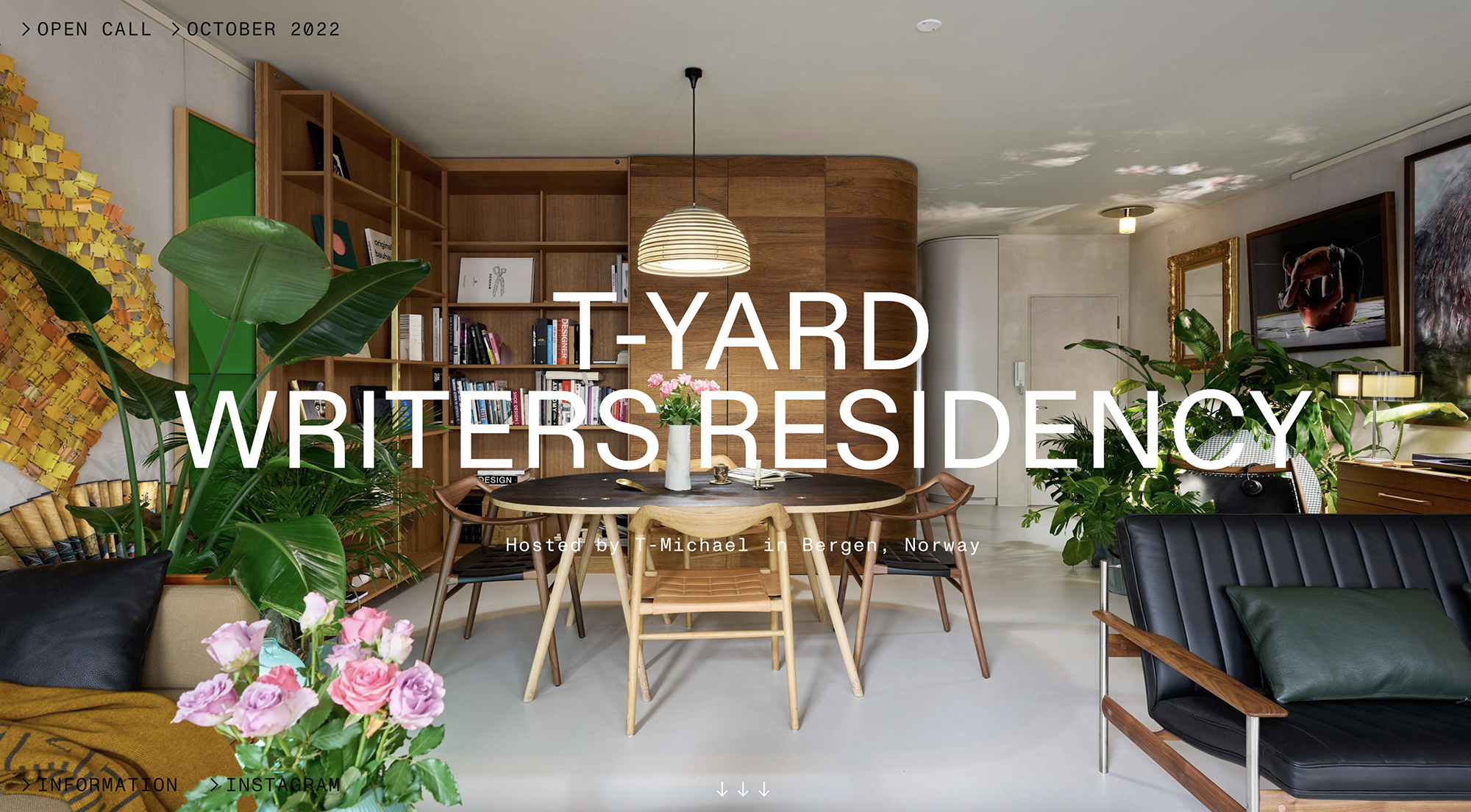 T-YARD Writers Residency is an initiative by designer and tailor T-Michael in collaboration with the contemporary art gallery Entrée, and Tekstallianse.

We seek to foster exchange between international writers and the local literary field, and to mediate cultural events in Bergen to a larger international audience through creative and critical writing.

T-YARD Writers Residency looks forward to welcoming Kalaf Epalanga as our first writer in residence during August 2022. Kalaf Epalanga is a writer and musician born in Benguela, Angola, in 1978, currently based in Berlin. Some people know him from the Europe Music Award-winning band, Buraka Som Sistema (on hiatus since 2016), and through the columns he wrote for the Portuguese newspaper O Público, GQ Magazine (Portugal), the independent Angolan online magazine REDE Angola and the Brazilian literary magazine Quatro Cinco Um. He has released Love Stories for Coloured Children (2011), The Angolan who bought Lisbon (for halfprice) (2014), and Whites Can Dance Too (2017), his debut novel will be translated to English by Daniel Hahn and published by Faber in spring 2023.

If you want to meet Kalaf whilst in residence, just reach out to us!

We look forward to introducing our visiting writers to all our colleagues, and for them to visit the events taking place here in Bergen over the course of the residency. 2022 is the pilot year, and we are interested in your feedback as we go along.

The next deadline for writers from all cultural fields is June 1st.
All info needed to apply is on our website here: www.t-yard.com